Our twins have decided that they don't like diaper changes.  And they don't like me to fix dinner.  And they generally don't like us to do anything that involves ignoring them.  So they scream.  When one screams, they both scream.  It gets pretty loud.  It's getting bad enough that this is an increasingly common sight: 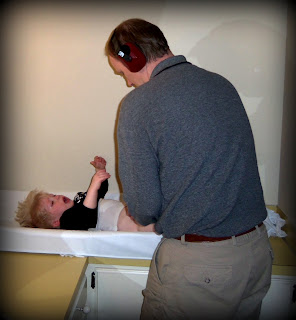