Boy, I have a lot of catching up to do!  I've been absent for most of the month of June.  Not that I haven't been writing and recording our craziness, but because I just haven't finished it up enough to post. As of right now, I am tying up and gagging the perfectionist.  Anyway, our family isn't always bright and shiny, so why should my writing be?  Especially in the summer. And especially when we are busy doing this: 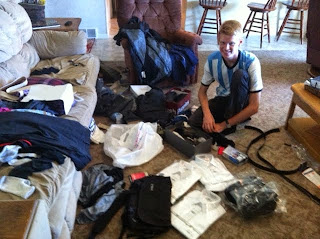 Ben leaves soon, and we've been spending oodles of time helping him get ready. It's been fun, but a lot of time and hard work. I love being with this boy.

So in the middle of this chaos,  I will be back-posting older stories - because I can!

It's that time of year again.  Scout camp season.  Eddie has his first overnighter - what fun!  David spent a week at a scout camp and earned a bunch of merit badges, and was inducted into the Order of the Arrow.  He's pretty thrilled about it.  And these two were so excited to go... 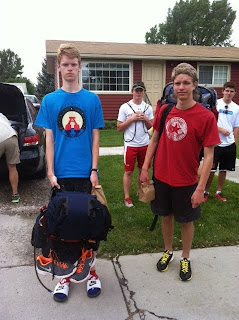 Actually, there were excited.  How often do you get to hike and swim in the Grand Canyon?  They were just less than happy about Mom taking a picture of them so early in the morning before they left.

Their camping adventure was a unique one.  They attended a lecture by a camping expert and decided to make their own hammocks to sleep in.  They did most of the work, and I just helped hem the hammocks and the mosquito netting a little bit. 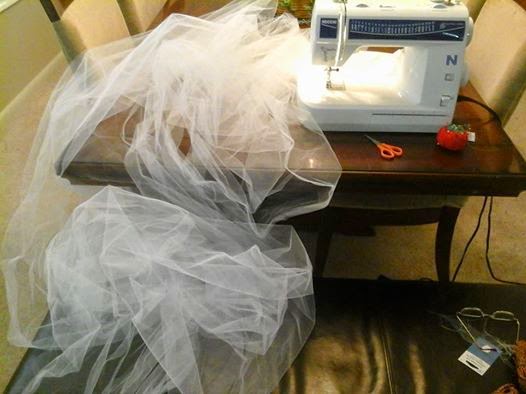 They tell me the hammocks worked great, as long as they were hung correctly.  How manly is it to make your own bed?  Really. 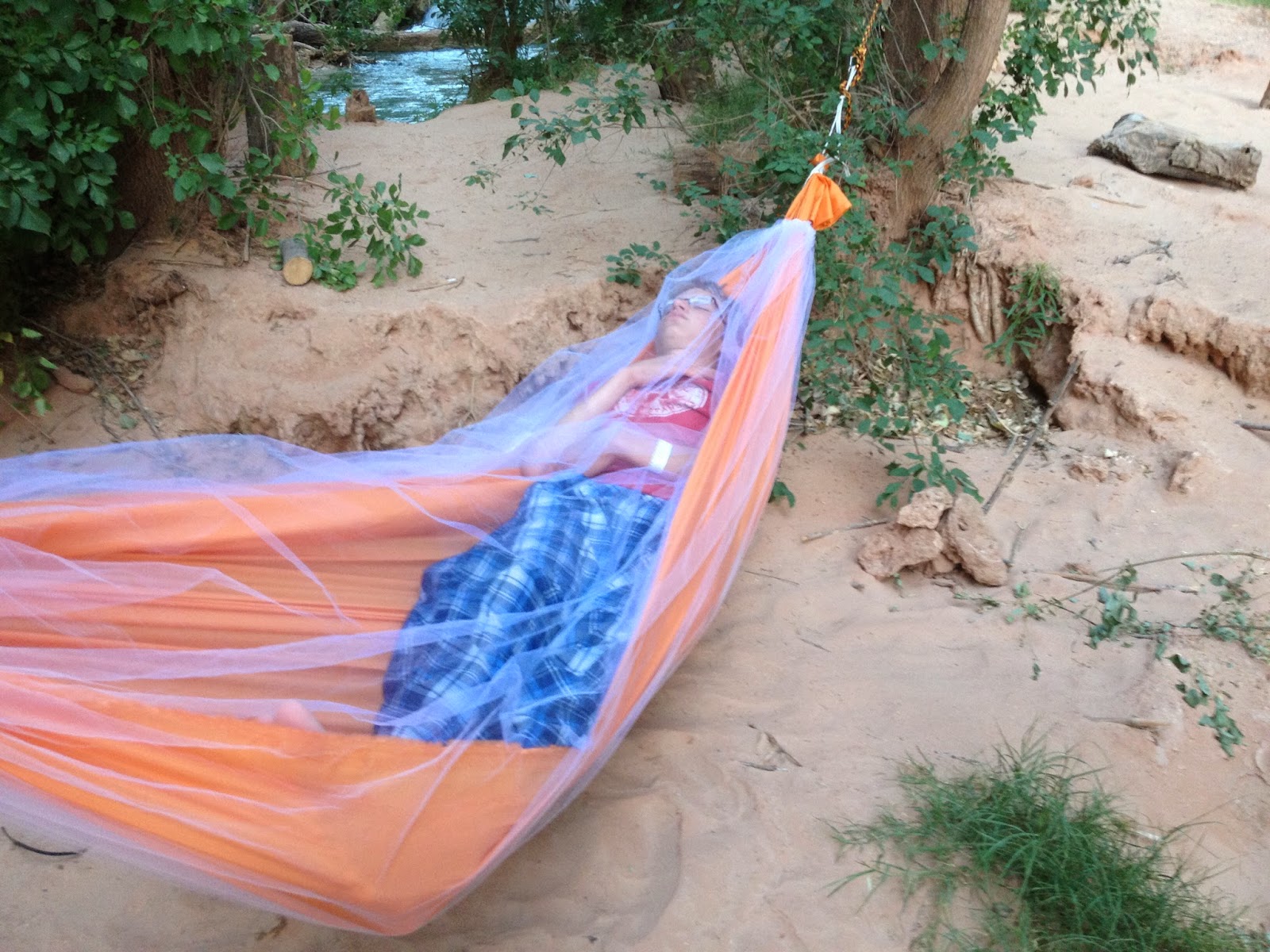 They had a memorable time, and it was fun to look over their pictures when they came home.  This is the last time Ben and Chris get to camp together before Ben leaves, and I'm glad they got to.  Love that my boys have this chance to be together, with the amazing leaders they have, in the beautiful earth the Lord made for us. 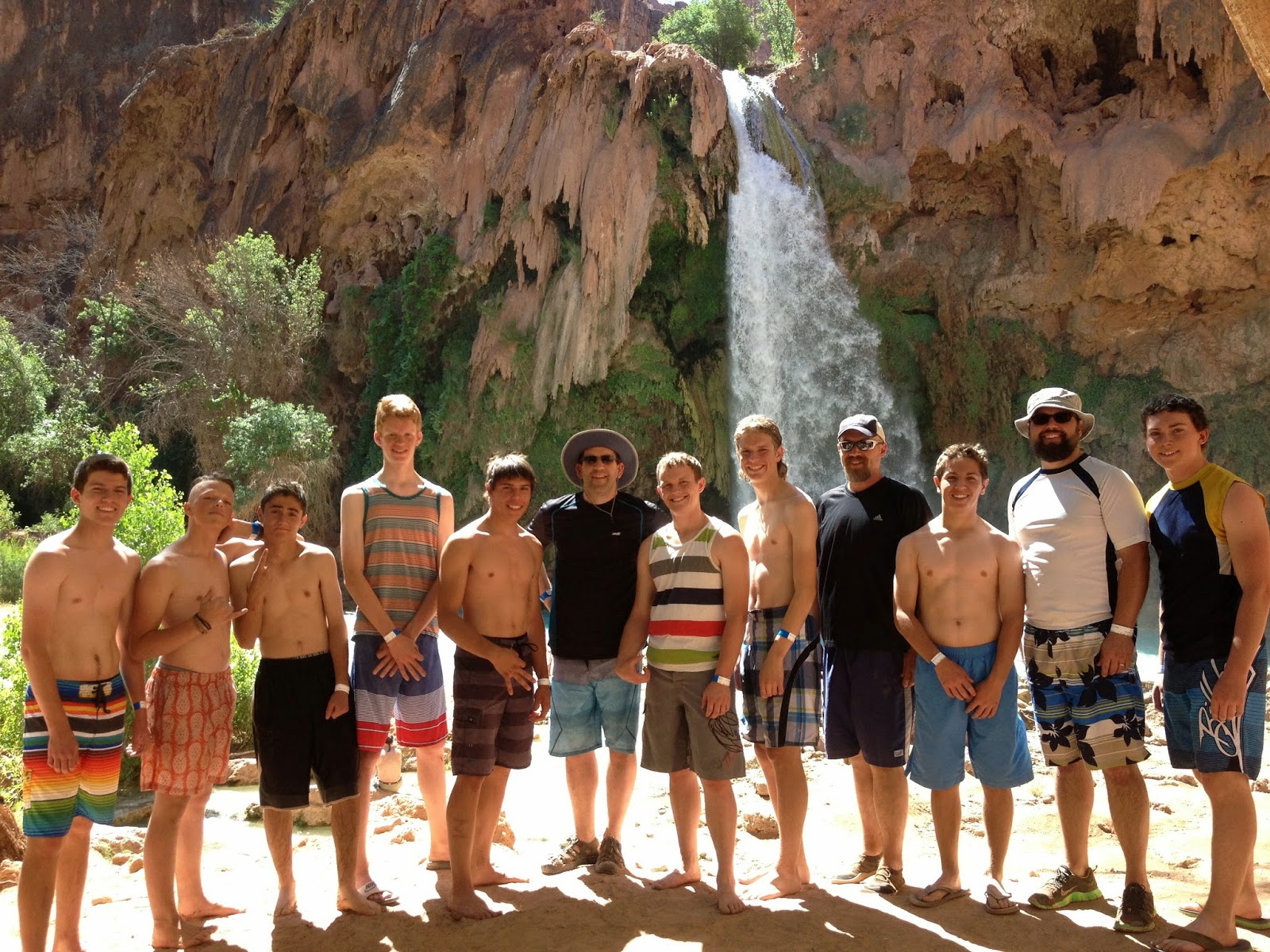 Ben and his buddy (4th and 5th from left) making "M" for Madagascar.  Chris is 5th from the right.  Love all the farmer tans.  What a great group of kids and leaders!

nope.  don't have any affiliation with theultimatehang.com.  just think they are awesome.
at June 20, 2014 No comments:

In the Boys' Bathroom

Look what I found in the boys' bathroom! 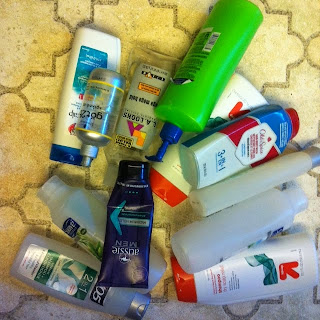 I had the unique (because usually they do the cleaning) opportunity to clean the downstairs bathroom while the boys were at scout camp.  It was impressive to see their empty bottle collection.  Not sure why they didn't just throw them out.  To be fair, a few of the bottles did get tossed in the garbage... the overflowing, rarely-emptied garbage can.  Still too hard to part with the empty bottles, I guess.

I 'm just glad they know how to get clean.  Very glad, since I know what a dirty boy smells like.  Use all the shampoo you need, boys!
at June 18, 2014 No comments:

Email ThisBlogThis!Share to TwitterShare to FacebookShare to Pinterest
Labels: teen

We did it.  After several years, lots of service hours and leadership positions and learning new things and doing good turns, we did it. 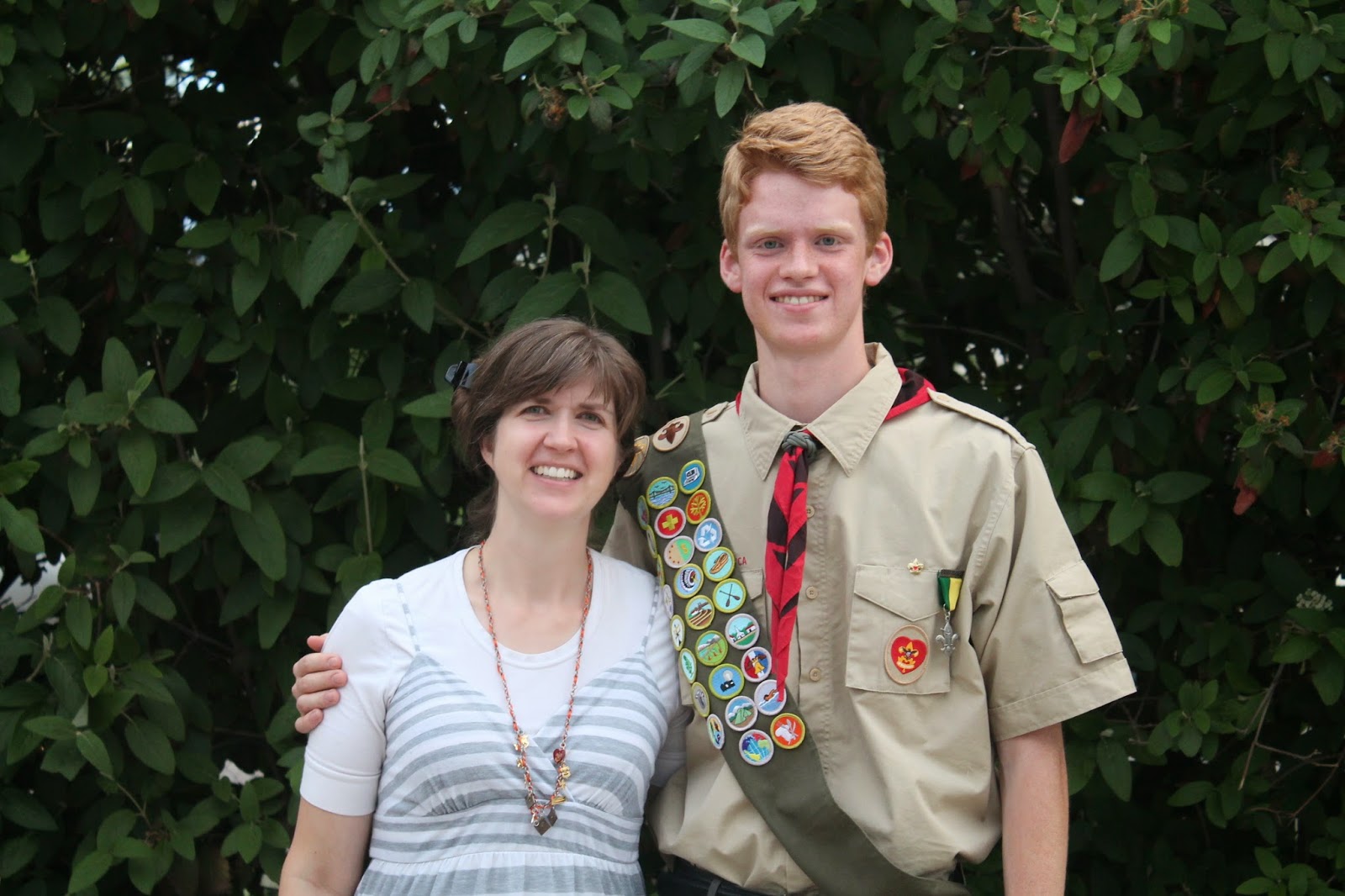 This boy is a fair dinkum Eagle Scout.  It makes even the sewing of five million blankety-blank merit badges worth it.  I even get a pin for me to wear, because they are nice to Moms that way. 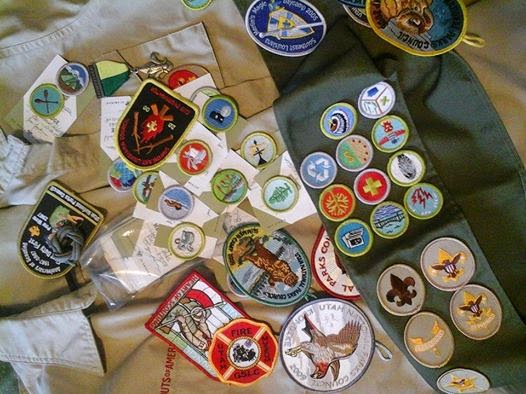 Too bad he put off the board of review until late enough that we don't have time to have an Eagle Court of Honor to celebrate him.  Maybe he planned it that way.  But he finished; that's the important part. So proud of you! 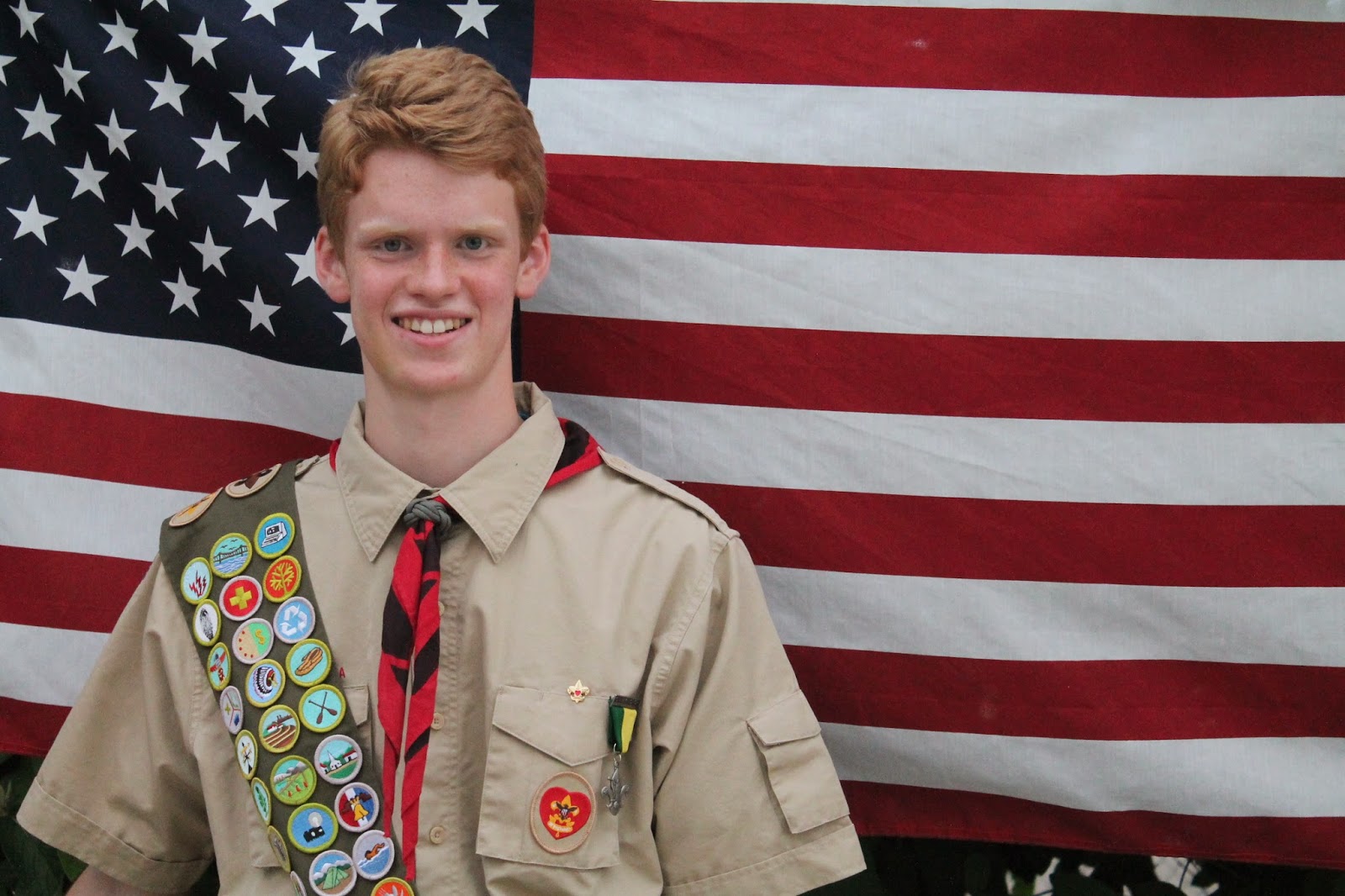 We had some time to kill recently.  Angel, the curious little thing that she is, was quick to find a waterfall and rocks to play in. 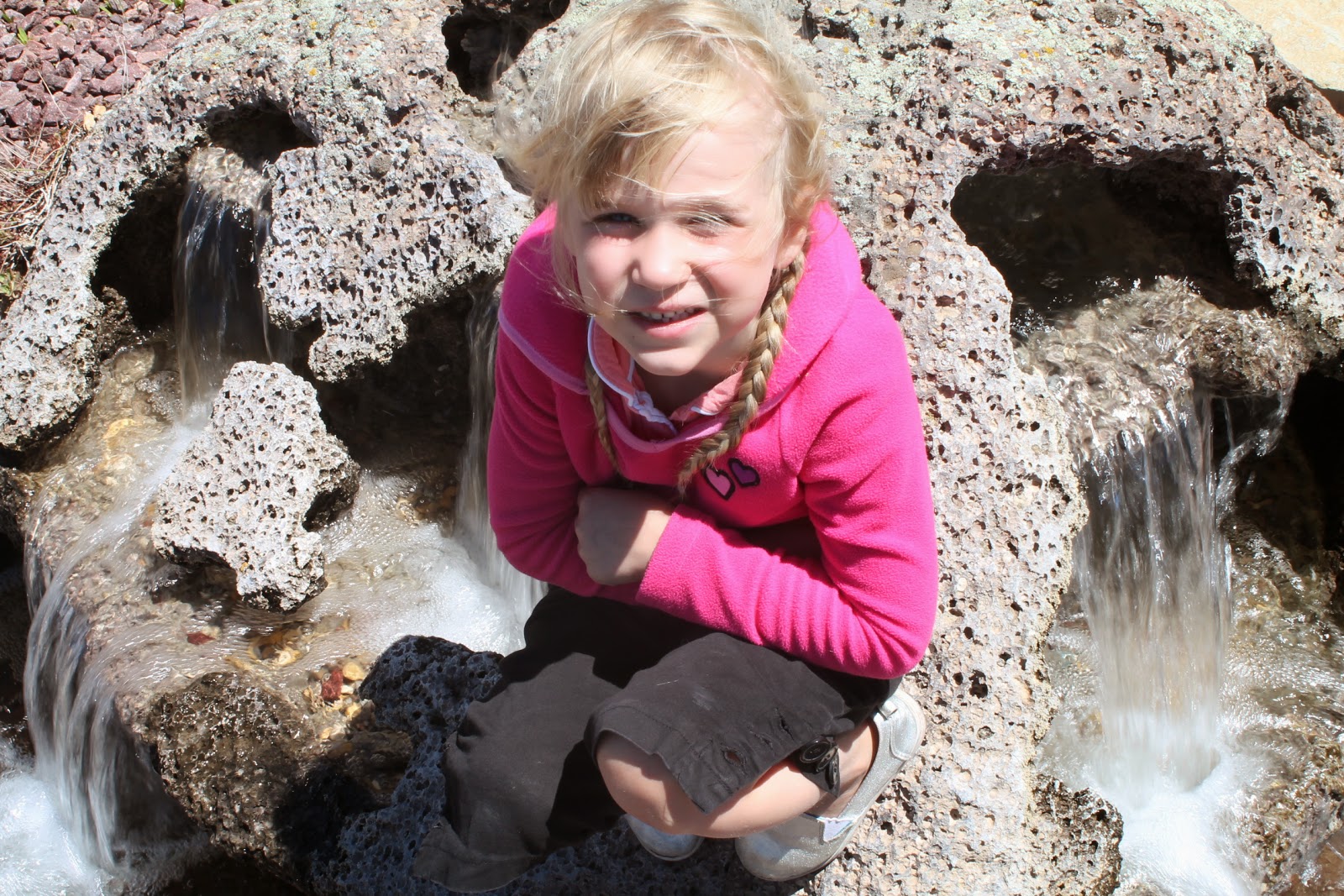 It was a little bit windy, but she loved playing in the water.  It was a beautiful day, and I loved watching her excitement. 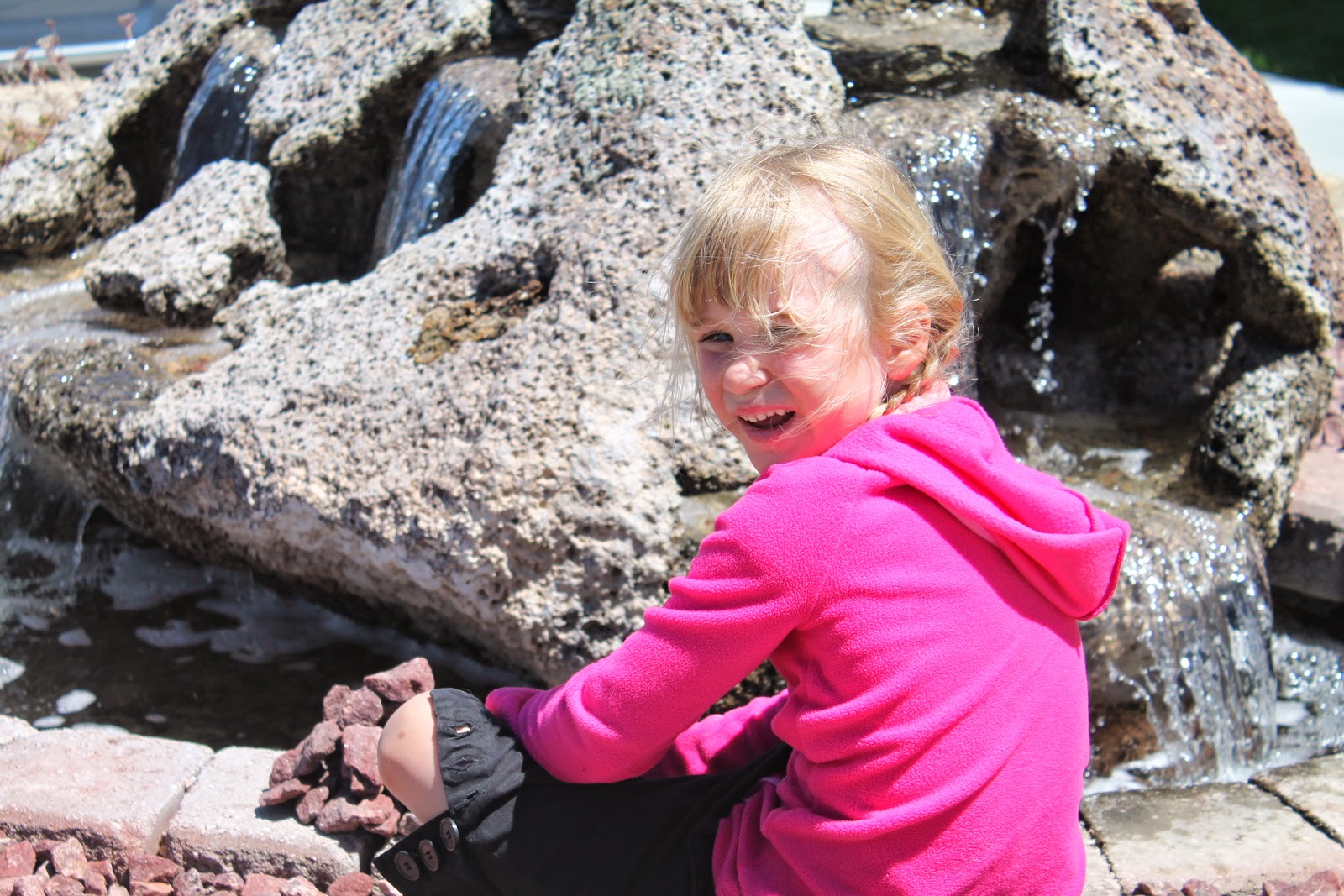 She found a sparkly rock and wanted me to take a picture of it.  Too bad the sparkles don't show up very well.  I don't know which sparkled more: her rocks or her dancing eyes. 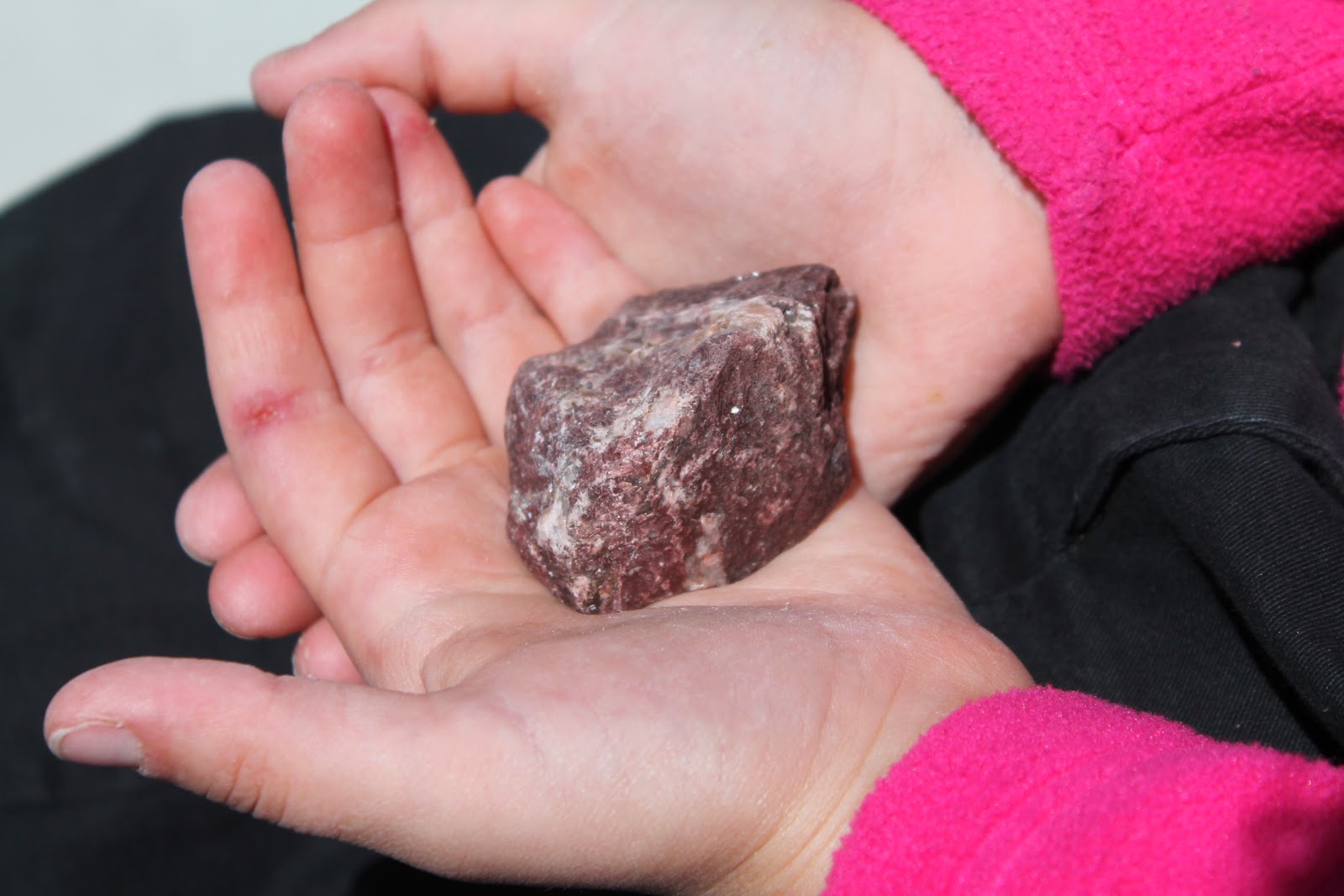 I'm glad she had this time to play while the twins were sleeping in their car seats after a long drive.  Isn't it wonderful how we can find beauty and wonderment anywhere we look for it?  The Lord made an awesome place for us to enjoy, and we ought to.  It was a magical time for her to be in the glory of nature... 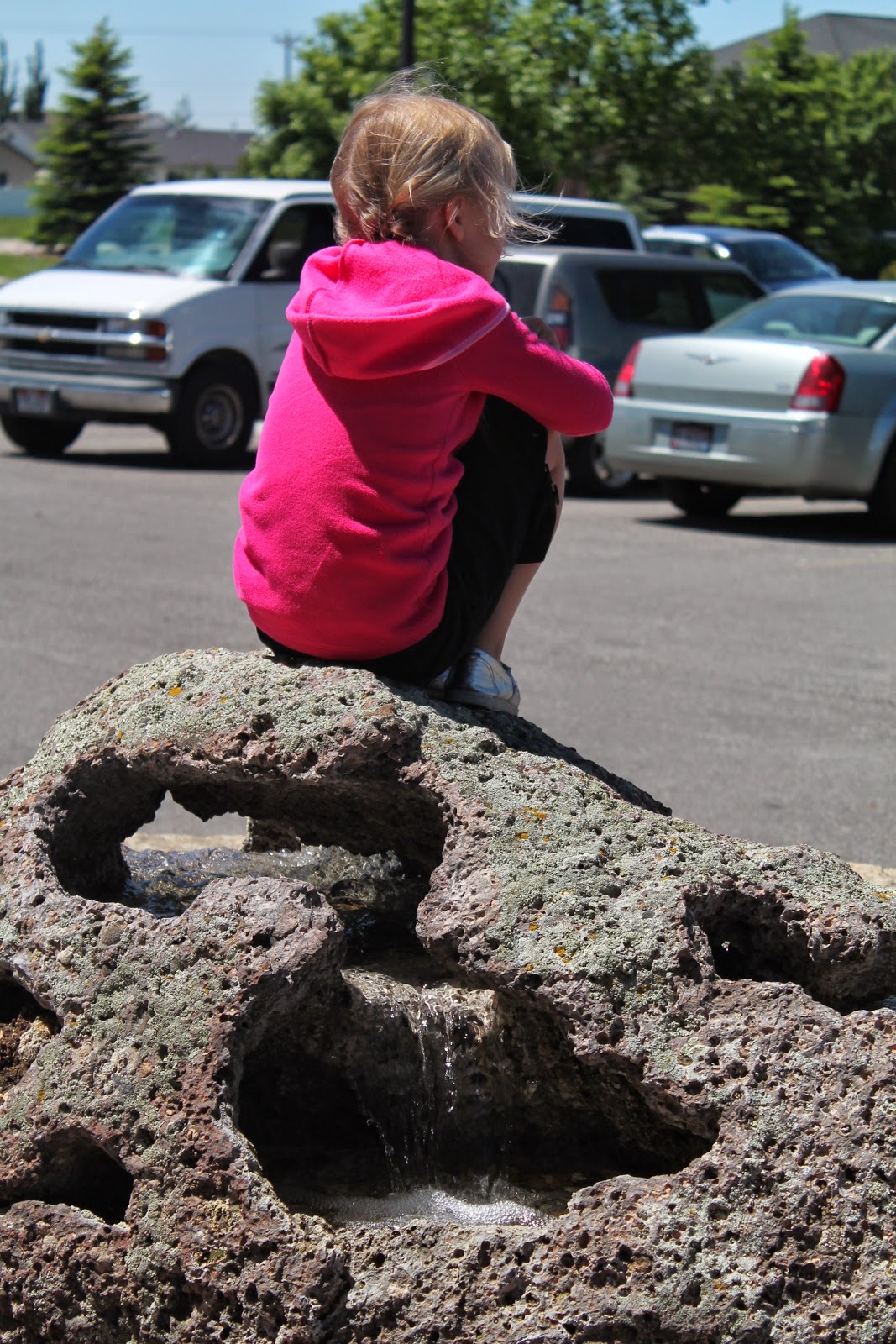 ... in the middle of a parking lot.  I wish I could be so quick to find the magic and the wonder, and a little less quick to complain about the asphalt or the long wait.  I need an attitude adjustment.
at June 05, 2014 No comments:

The House That Bert Built 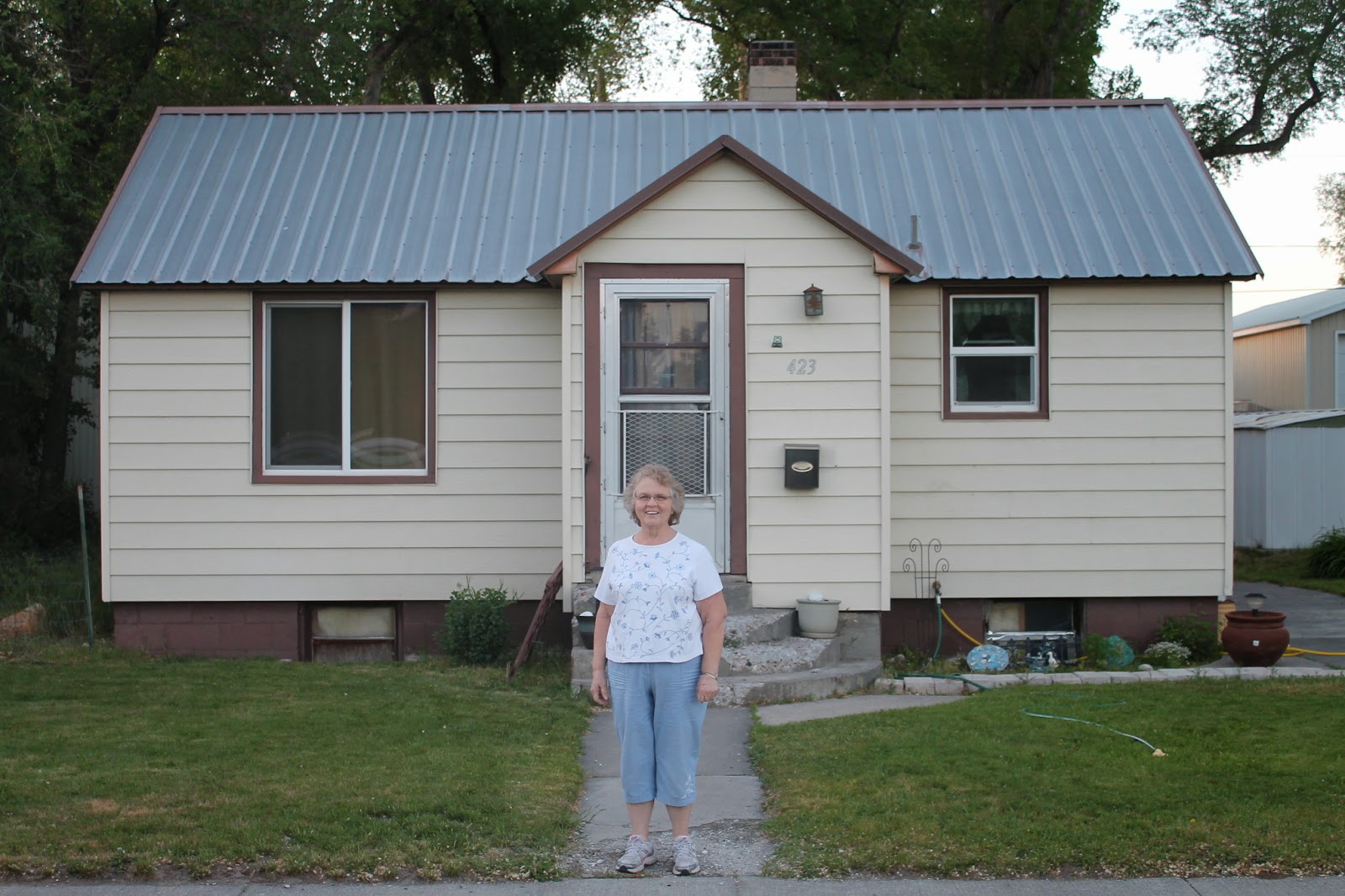 Grandma took us to see her childhood home.  If I have the story straight, her parents purchased 6 lots in town - not quite half an acre.  At first they lived on a little house on the back corner, by the alleyway.  I'm not sure if that house was there when they bought the property, or if they built it.  But they lived there while Wilbert (he went by Bert)  built the new house.

It was during World War II, and building materials were scarce.  To save on lumber, the ceilings are only seven feet tall.  The shorter height was not a problem, because neither Bert nor Ruby were tall people.  The little house was nearly 800 square feet, and had two bedrooms and a bath, a living room and a kitchen.  Down a narrow flight of stairs was a wash room, space to store the food Ruby bottled, and a wood shop where Bert worked, stored his tools, and turned wooden bowls.  The house was finished in 1939.

Bert and Ruby had four girls and a boy, and they all lived cozily in the home they called the Cleveland House.  The four girls shared the upstairs bedroom, and the son slept in a little corner of the basement.

In the ample lot, the family grew an abundant garden, fruit trees, roses, and lilac bushes.  It was a lovely place to raise children.  They learned how to work hard and be thrifty.

We stayed at cousin Lynn's house, and she showed us some pictures of her and her mother (Grandma's oldest sister) in front of the house.  This was in the early 50's, maybe? 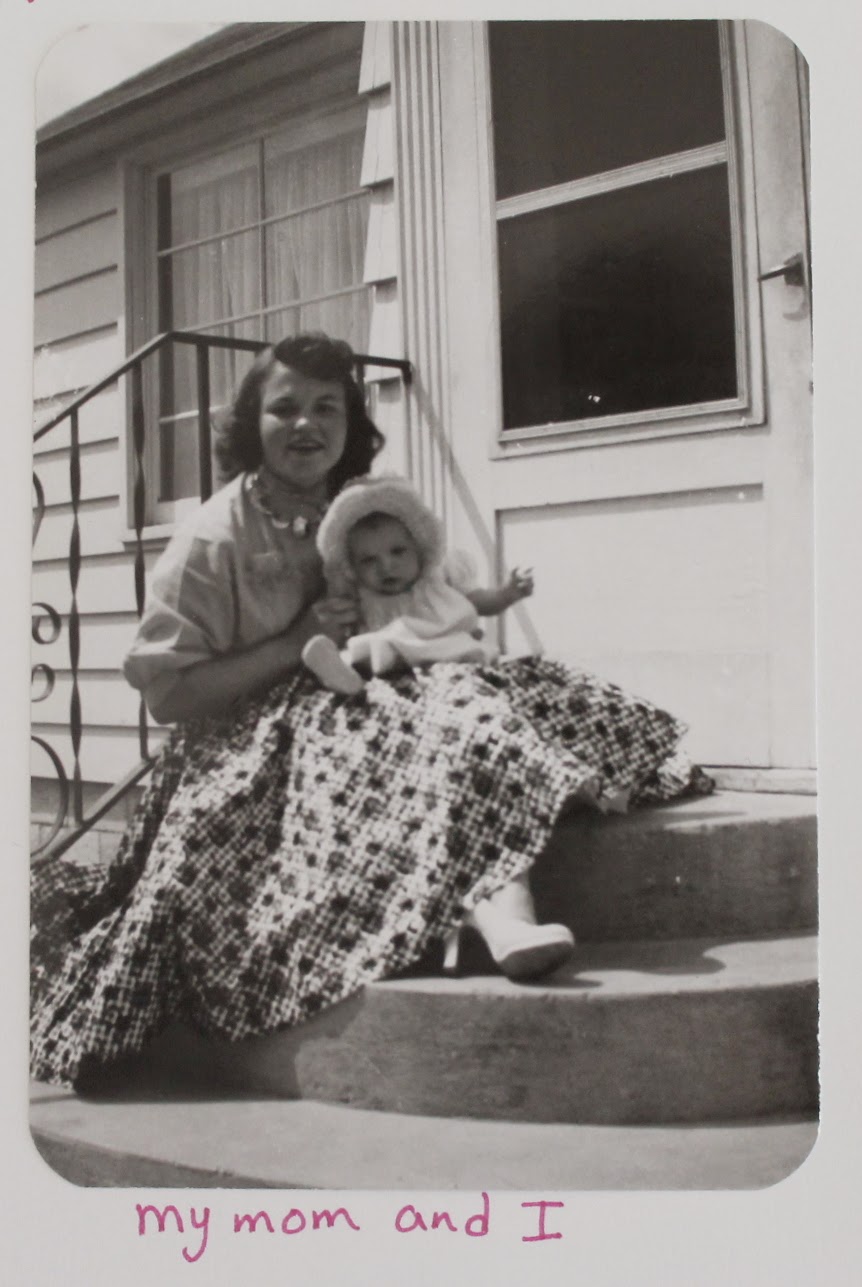 Bert was a photographer, and took many pictures and portraits of his little family.  I'm sure there are some pictures of the Cleveland House with Ruby and the children.  I'd like to find some.  For now, I have this picture of two of the nicest ladies in the state - Grandma and Cousin Lynn - in front of the cutest little house I'd love to buy if I had a whole bunch fewer children! 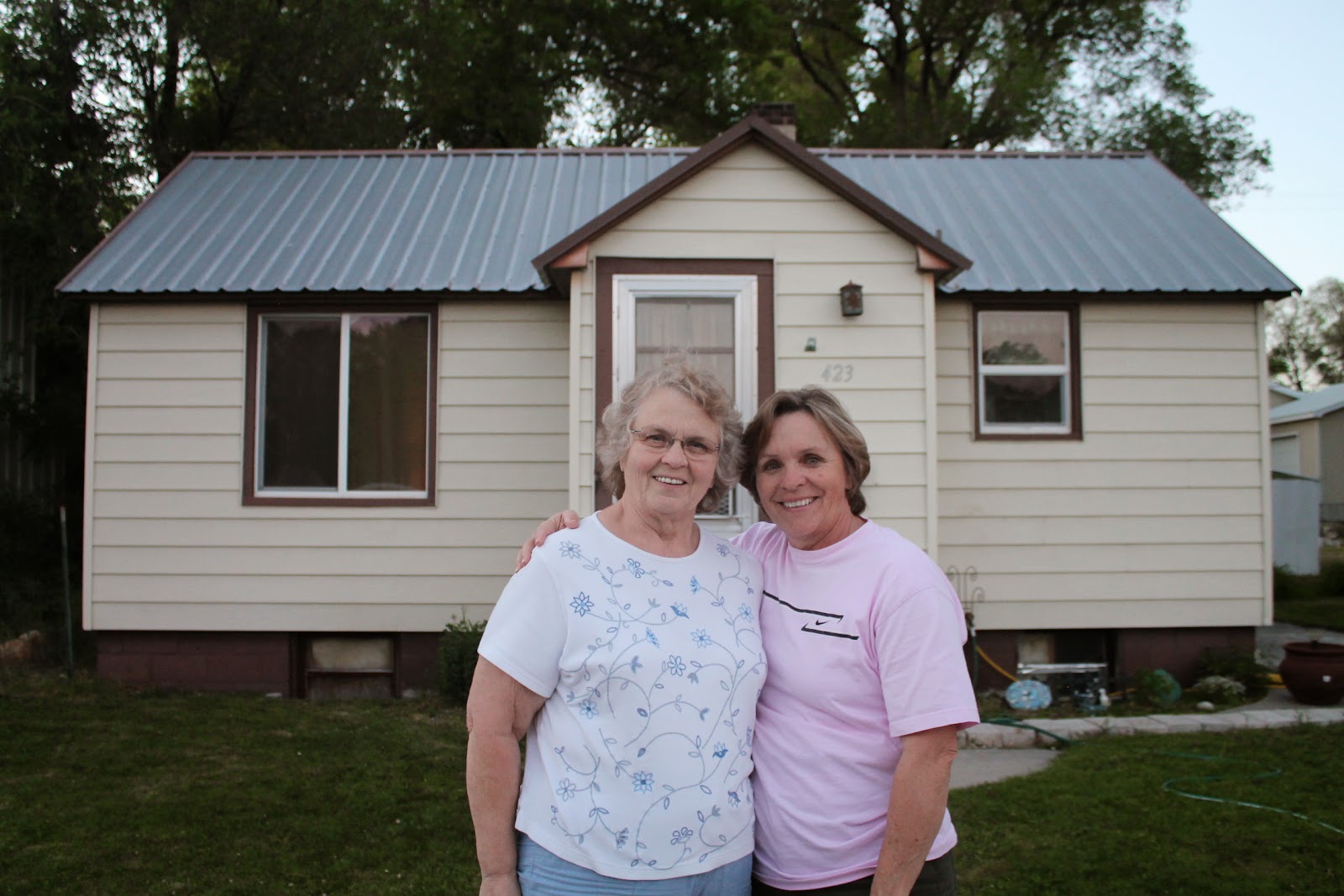 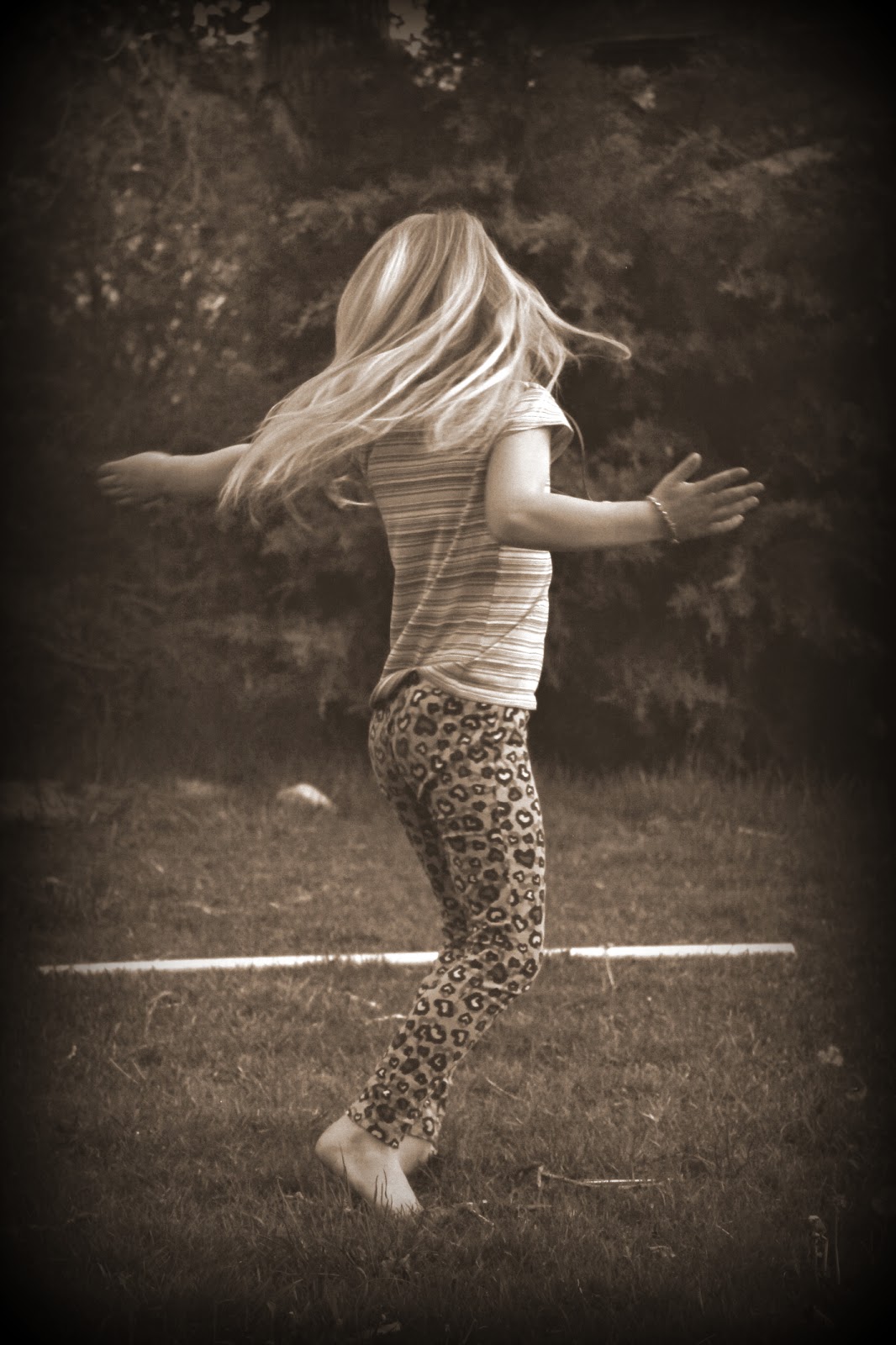 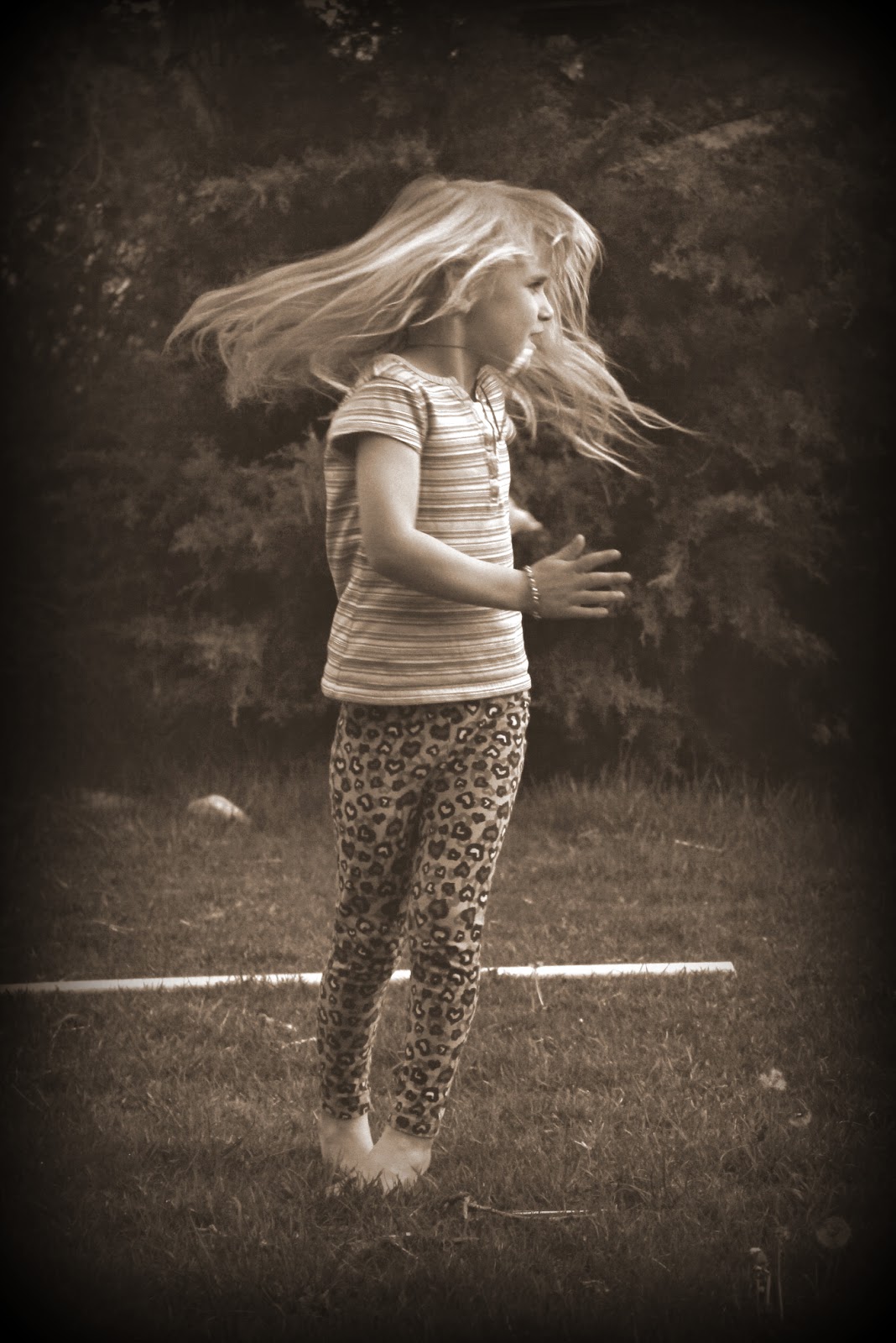 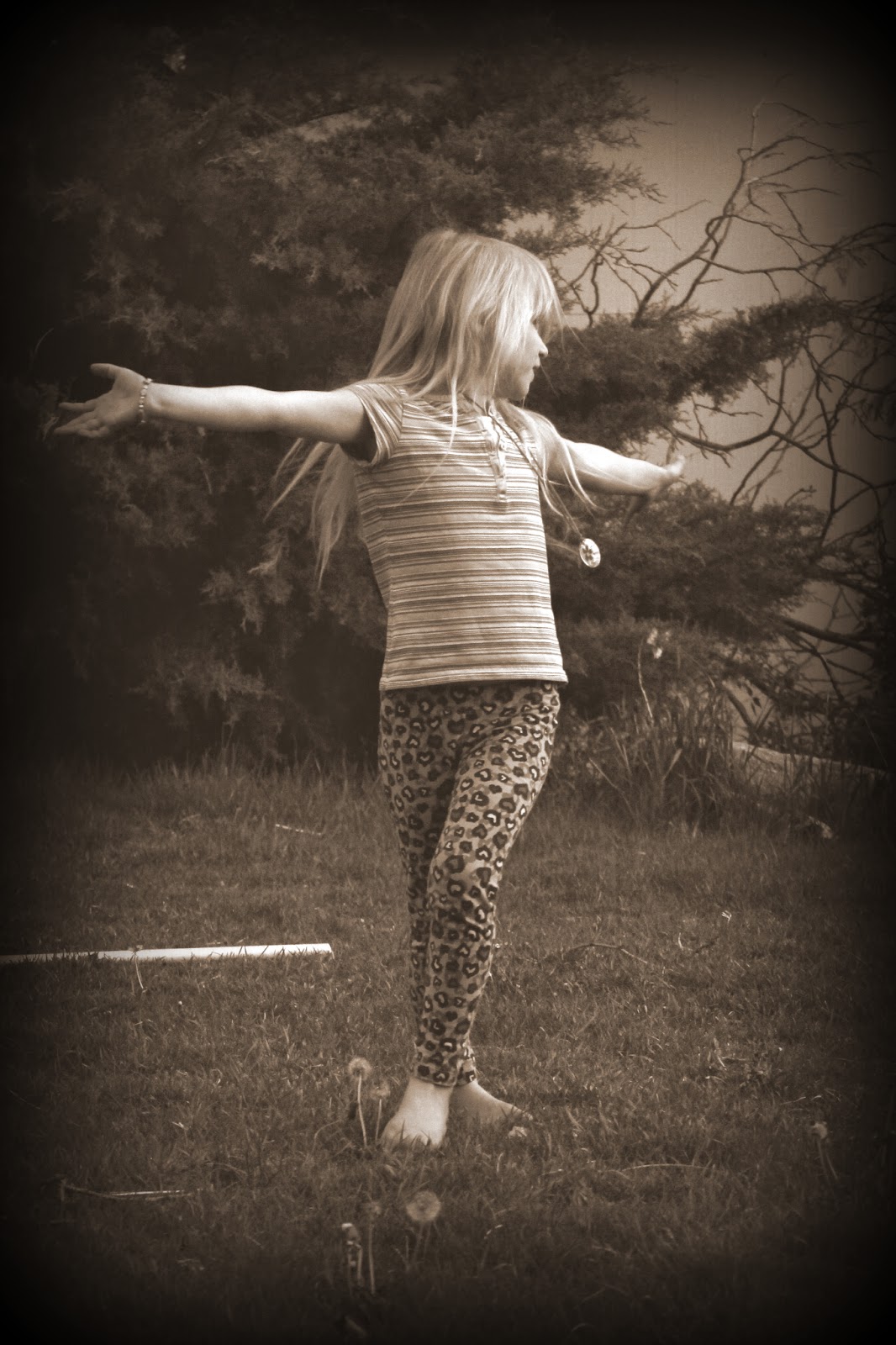