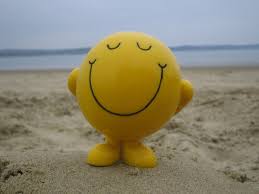 The boys were lounging around the fireplace this morning, as it was a school holiday.  They were still in their pajamas, and breakfast was more leisurely prepared than the normal morning hustle.  When they were called in, Eddie skipped into the kitchen with an enthusiastic, "Yay!  Breakfast!"  David was hot on his heels, running and elbowing each other to get to the food first.  When David saw the big pot of oatmeal and apples on the stove, however, he ran back to the fireplace just as quickly as he left it.  Guess he's not as excited for oatmeal.

The twins' favorite game to play right now, invented by Angel, involves jumping on their queen-sized bed and yelling, "She-she-shaw!  She-she-shaw!"  I think this is the name of the activity, as well.  Angel will run into the room and cajole them to come jump with her.  "Let's go 'she-she-shaw!'"  Their other favorite game, again led by the girl, is to pull Angel's crib-sized mattress off her little bed downstairs and strip it of its blankets and sheets.  With much grunting, they drag it to the top of the stairs where they all climb on and slide down.  It's quite a riot.

Alec, in a rare nighttime chat, mentioned that his future wife would have to love cycling.  When I asked if a passion for the bicycle would be a deal-breaker for him, he took a step back.  No, not a deal breaker, but he would really like it if she would go cycling with him.  Ben jumped into the conversation with a twinkle in his blue eyes, "It would be a deal breaker for me if my future wife wasn't female."  Right.  Glad we got that settled.

Chris has been going through boxes and boxes of old collections.  Mostly, the boxes are full of old schoolwork and papers from years ago that have lived at the back of his closet all this while.  He brought me one the other day, neatly lettered in best 2nd- or 3rd-grade handwriting: