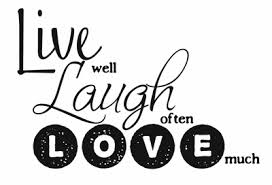 David's look of "What?  What's the problem?" when I told him that no, I wasn't going to find a small screwdriver for him when it was 10:30 at night and he should have been in bed a long time ago.

Chris being the first one to pop up from his book when I come into the room and announce, "Time to clean up the kitchen, boys!"  I so appreciate that he gets right in and helps get the job done without any complaints.

Freddie's round little face, slowly peering through the slightly-opened door when he is checking to see if the coast is clear to come running out of his room when he was just put down for a nap.

Alec's exuberance for placing in the top 10 men in his recent bicycle race - which also involved stuffing yourself with as many donuts as you can eat.  He just started racing, and is loving it.

Ben's jokes.  He has me rolling, and in stitches, far past any rational person's bedtime.

Angel's rosy cheeks when she is just waking up.  She is so cheerful after getting some good sleep, and greets me with a sweet, "Dood mornin', Mommy!"

Eddie's kisses.  I'm sure it won't be long before a boy grows up enough to not want to kiss his mother (we've been there four times so far), but he is still very affectionate, even at nine.  He always has to give two good0night kisses - one on each cheek.

Georgie's reply when I hefted him into my arms and said, "Oh, someone is stinky!  Are you stinky?"  He very matter-of-factly stated, "No.  Si (is) Eddie."