Ach!  I found some pictures of the end of school.  So we're a little bit behind, but here we go. 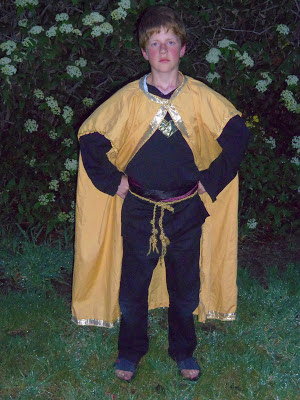 David did a splendid job in his first Shakespearian play.  I forget which one it was, but the sixth graders did an impressive job.  What I like the most was how David, looking over the script, decisively picked out his favorite character.  He practiced and worked on the lines for tryouts and landed the role.  After that, he kept studying until he had the whole thing down, backwards and forwards.  I'm a dud on stage, so this is especially impressive to me.  Way to go, buddy! 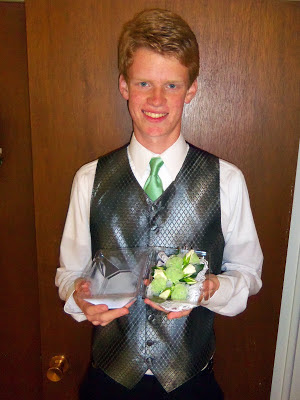 Isn't he handsome?  I'm sure I'm not biased a bit.  This is Ben's "Mom I've got to go, my Prom date is waiting.  You really have to take a picture?" pose.  I was proud of him for wanting to make his own corsage.  He helped design and shop for all the parts, so patiently.  Ultimately, we ran out of time so Mom did most of the work on it.  I'm happy to help out, though.  Glad you had a great time! 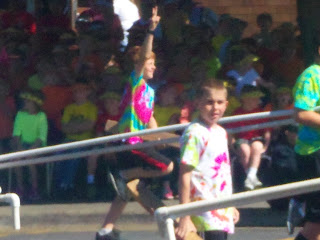 And a few shots from the elementary school's dance festival.  Evidently, David felt victorious about how well he did. 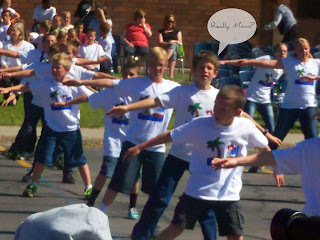 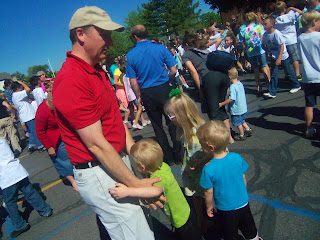 They always have a "everybody come out and dance" number at the end, which the little ones love.  Trent is a fabulous dancer, by the way.  Just saying. 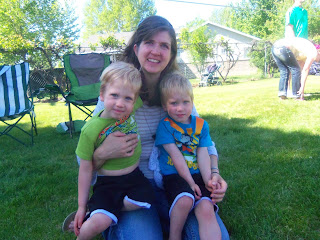 And it wasn't too hot this year.  I think that's a first.  I'm gonna miss this dance festival tradition.  It's our last year at our favorite elementary school, and I'll miss it already. 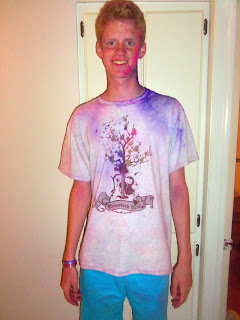 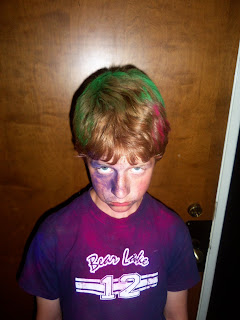 Ben and David both went to end-of-school parties which had a chalk throw.  They toss colored chalk up in the air and get colorful as it lands all over you.  Just looking at them makes it a trifle hard for me to breathe, thinking of all the dust in the air.  But it's fun to see them afterwards.  We have learned to brush off as much as the chalk as possible before you shower, so it doesn't stain.

There.  Now we can do summer.  {as if we weren't sweating from the heat already}