This week has been really crazy with all the random weather that we have been having. We will wake up in the morning with almost perfect weather, and then by noon it is absolutely horrible. Then on the other hand, if we wake up and it is cloudy, then by about noon it clears up and it is a hot and humid day for the rest of the day. So the weather has been crazy and makes it crazy right in the middle of the work day. But it has been fun.

Then on Sunday (at church), we had a third hour combined and we went in with the youth, and they were talking about seminary and how important it is. People here don't realize just how important it is for the kids to be going. So it was cool to see the parents realize it and to have them fired up about seminary as well. This week has been awesome! I can't wait to see what happens this week!

Then we got on the wrong bus and ended up stuck in traffic far from home for two hours. That was poopy. Upside to that is we got to talk to a very interesting man who was telling us why Malagasies don't like people from India. Then he was talking about how Malagasies don't discriminate. Literally he said, "Ny Malagasy tsy tia karana." (Malagasies don't like Indians) then two sentences later it was, "Tsy manavaka ny Malagasy." (Malagasies don't discriminate). Anyway, he was a delight. Then it was just work as usual until on Friday we were eatin lunch at a cheap, but very nice place that sells grilled chicken, when the guy at the table next to us bought us a drink. We got Sprite, of course, don't get too excited. Then we started talking to him and the owner, they're good friends, and we found out that if we bring sister missionaries next time, they'll give us a free cake. Unfortunately, none of the sister live close... 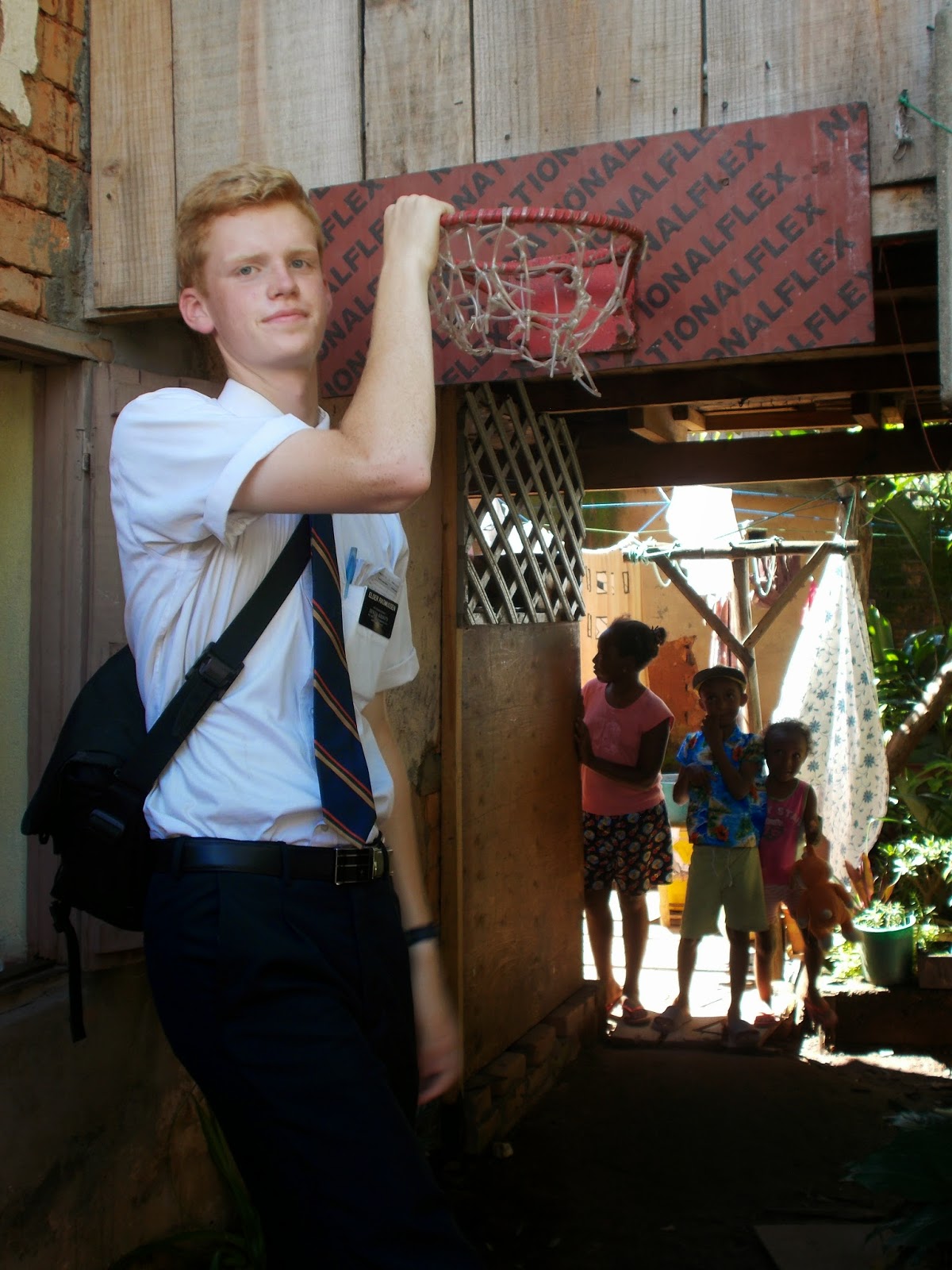