The Light at the End of the Tunnel

We had a fun Independence Day last weekend.  Trent took the day off on Friday so we could do 4th of July stuff.  It's unusual that he isn't at work, so we enjoyed spending the day with him.  I think we overdid it a bit, but it was Ben's last Independence Day in the country, after all.  We had Eddie going for a while when we told him that other countries were also having the 4th of July.  He believed it for quite some time, while Ben and Chris were laughing their heads off.  When I finally told him that they had the *4th* of July, but not Independence Day, he did screw up his face, but took the joke better than I thought he would.  He's getting to be a better sport about things like that. 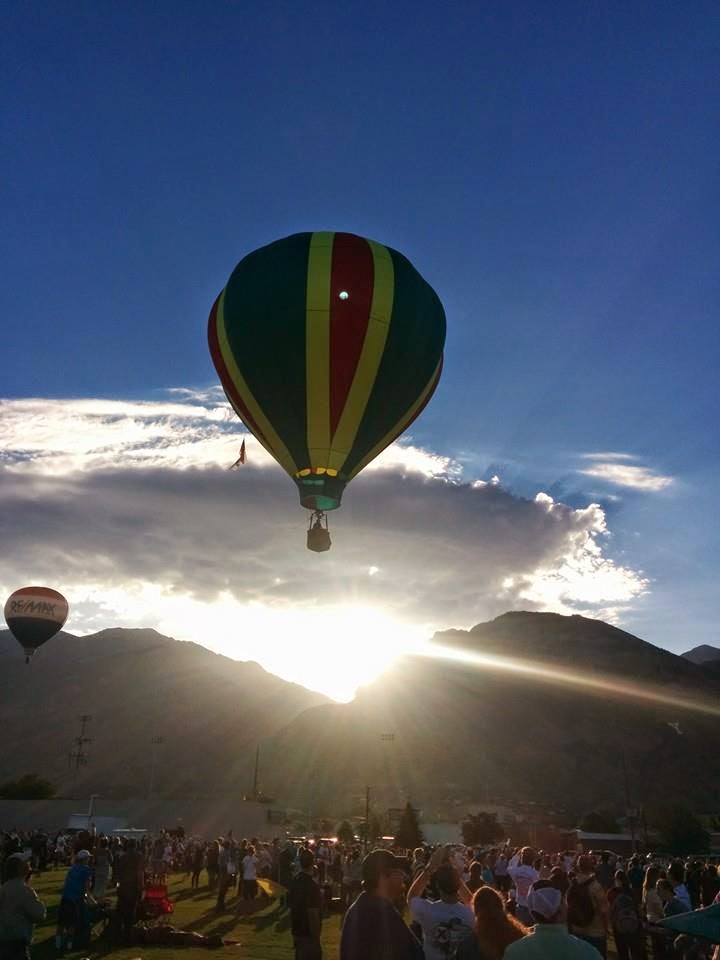 We got up way-too-early and went to the balloon launch.  We had a picnic breakfast with some cousins there on the field while the balloons played their hare and hound games and lance-the-balloon.  The kids loved it, of course. 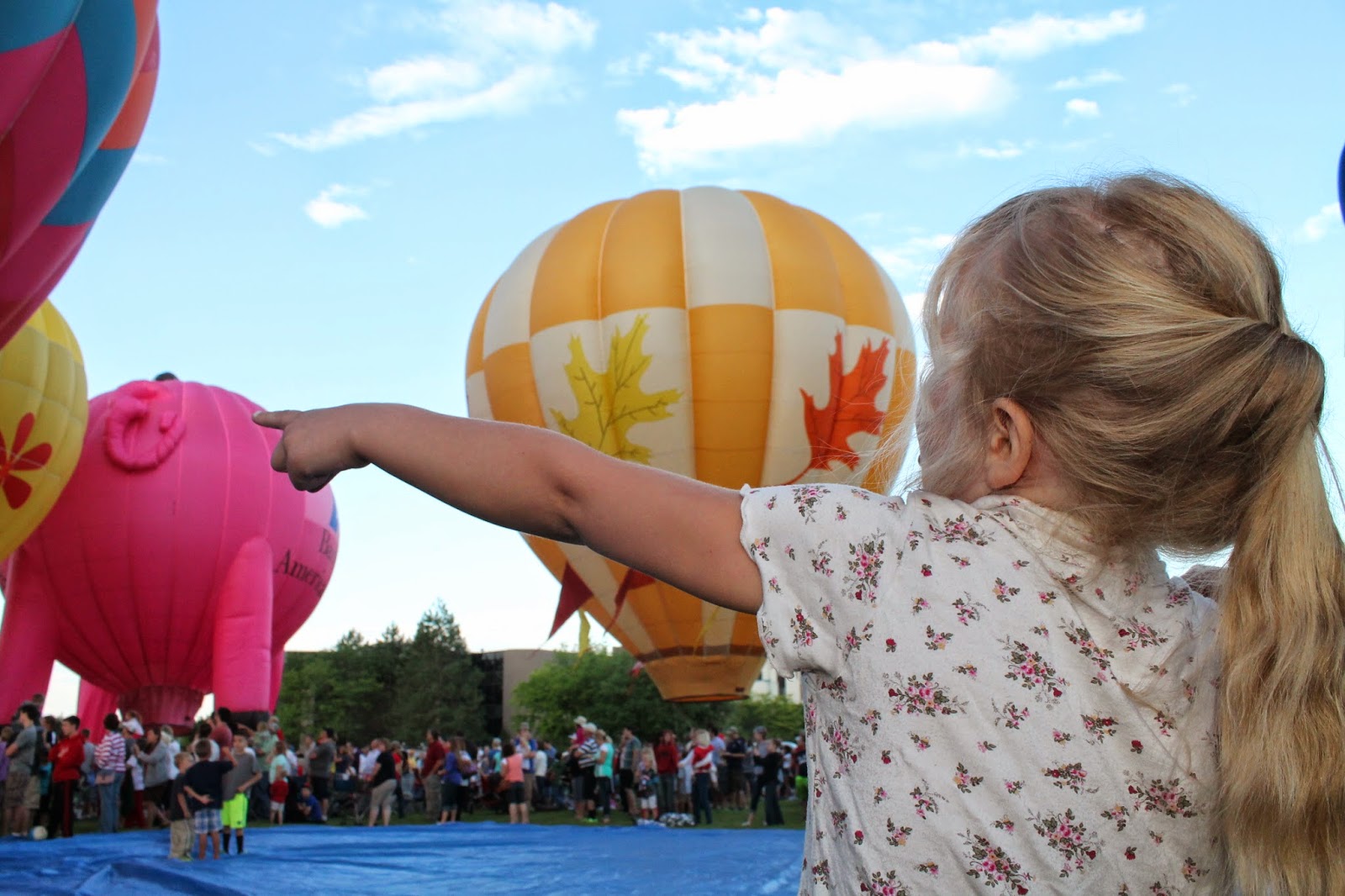 I loved watching how David would just hoist Georgie up on his shoulders and help him see the sights.  The big kids are all so good with our little people. 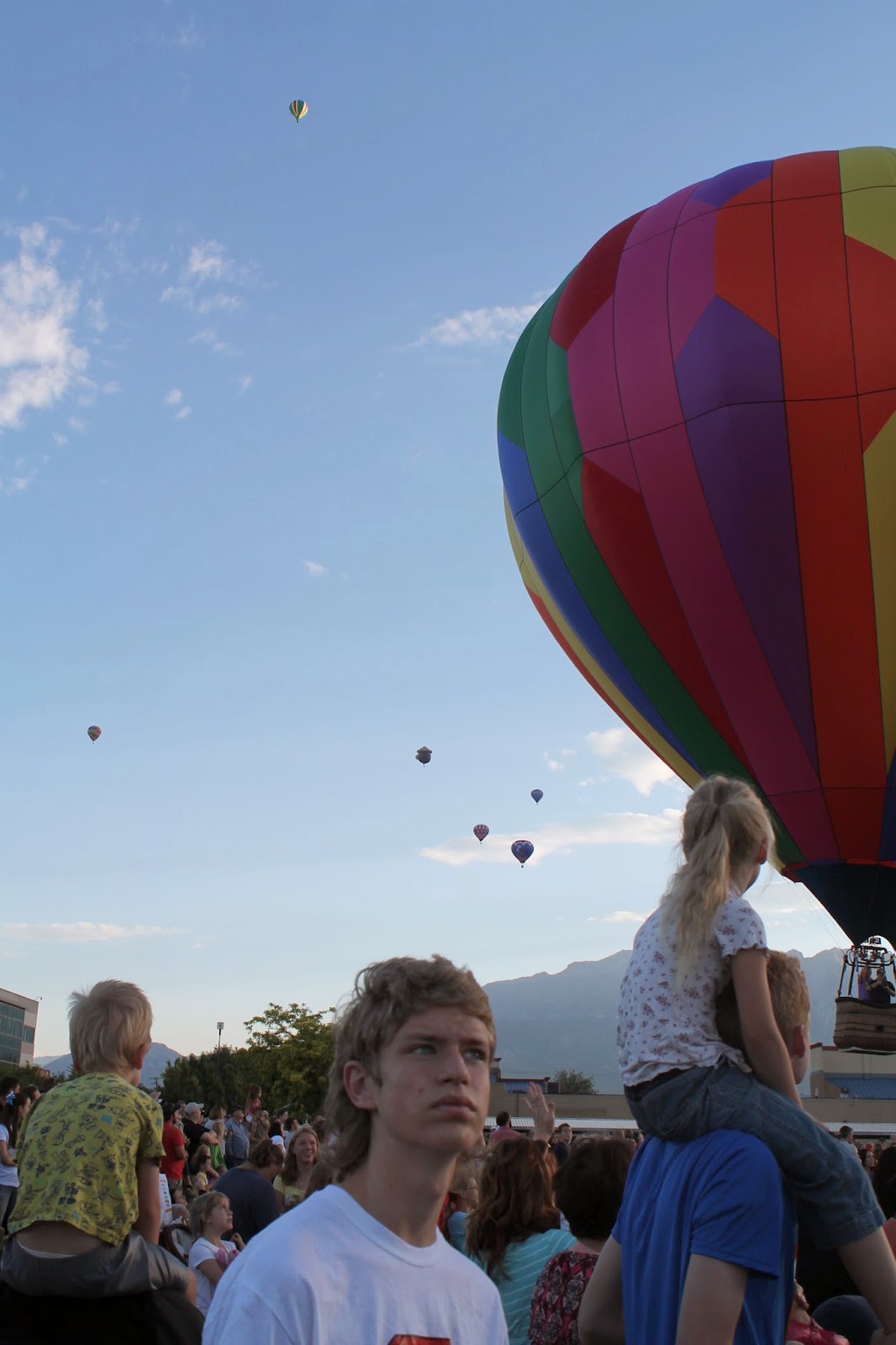 Halfway through, they had to ground all the balloons so the life flight helicopter could take off from the hospital.  Everyone loved that one, too.  Well, almost everyone.  It still strikes a pang in my heart to see a medical helicopter take off in a hurry because I always remember when it was Jay in there, or Angel.  Not fun times.  Those memories fade, but will never go away completely. 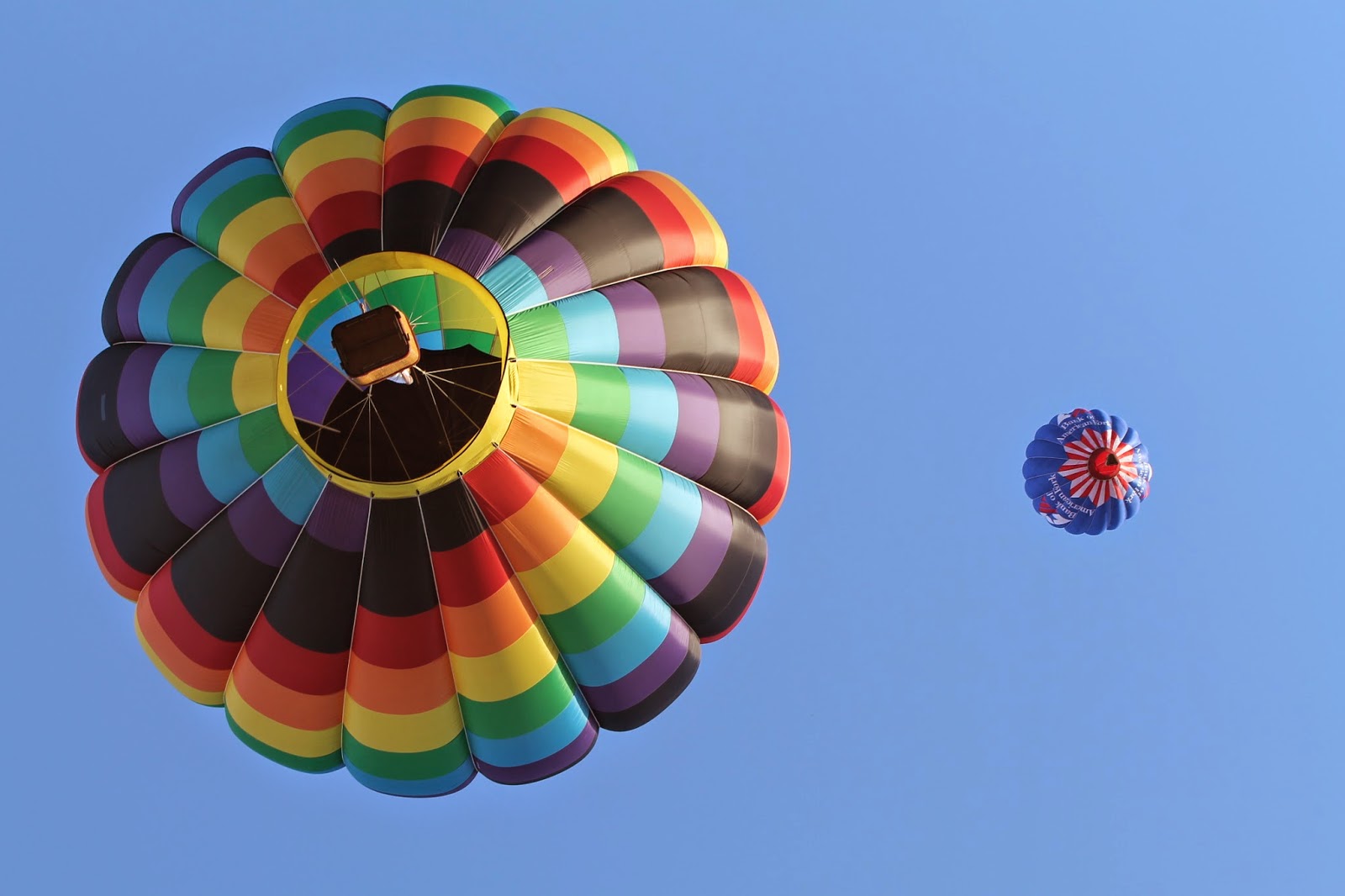 After breakfast, we went to a patriotic festival that Trent's brother runs every year.  We were there too early, and their booths and their musical production were not running yet. In the back of the park, they set up a colonial village, and that was fun to see.  Since it was early, they were setting up and the kids got their full attention. 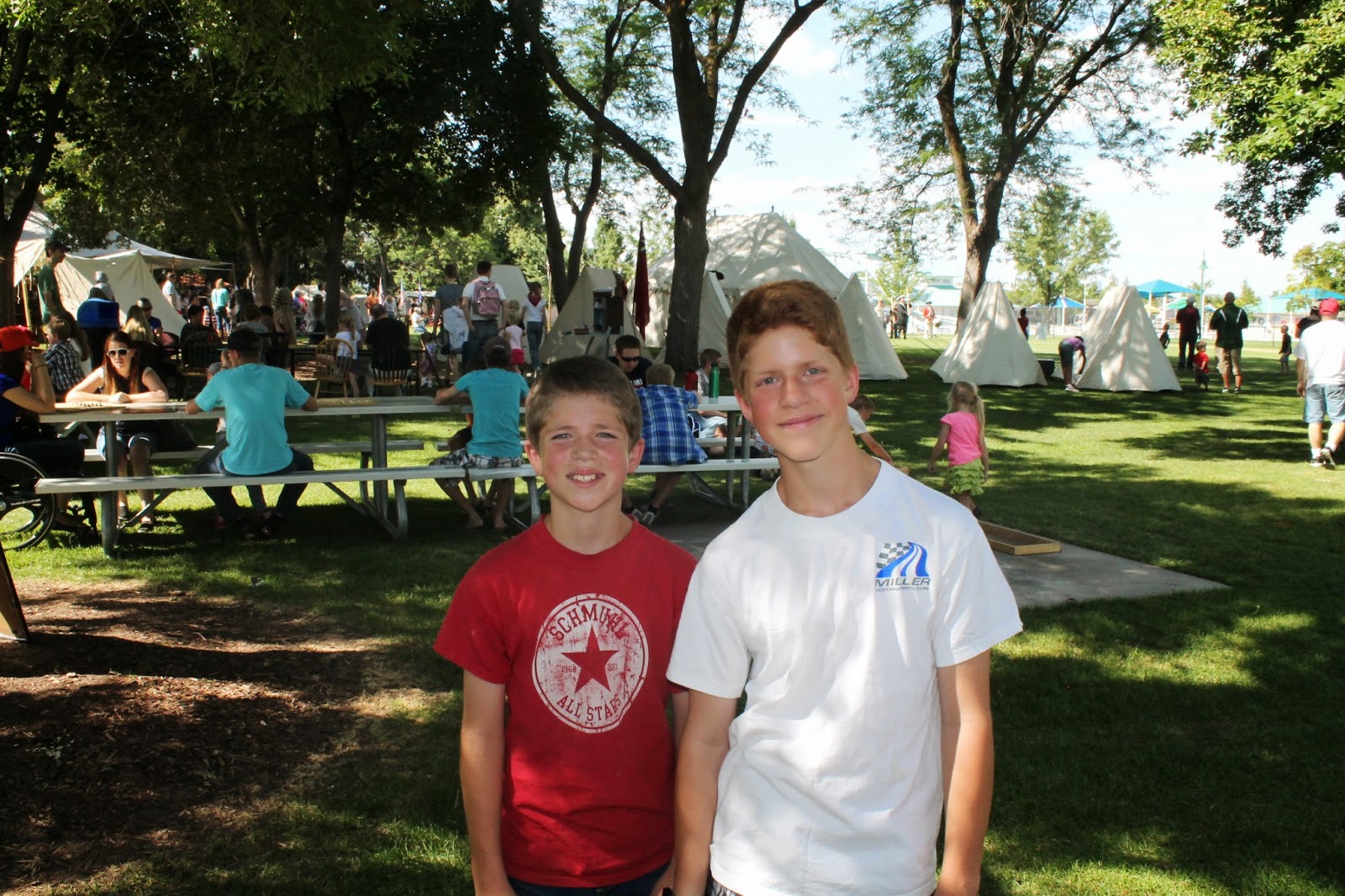 Eddie spent the whole time becoming an impromptu apprentice to the blacksmith.  He sure had a good time learning things from him and working the bellows.  Chris was remarkably good with the little ones and took Freddie around to all the booths.  He loved putting on armor and wielding the sword.  Trent was captivated by the bakers, and he got a starter of sour dough and signed us up for breadmaking classes. 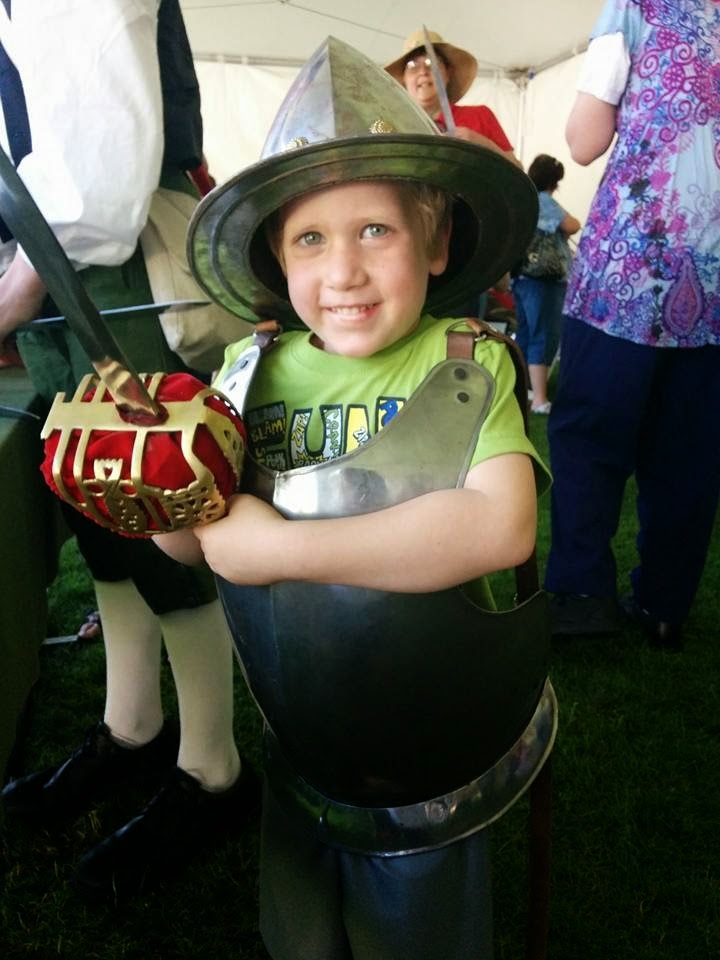 We went home and took naps.  Except Angel, so she was grouchy for the rest of the day.  We had a picnic dinner at the temple field, and the older boys played soccer while the field was still uncrowded.  The fireworks were great, as always.  This year, they had some red ones that exploded into the 2-D outline of a heart.  Wonder how they did that!  And we even got home before midnight - barely. 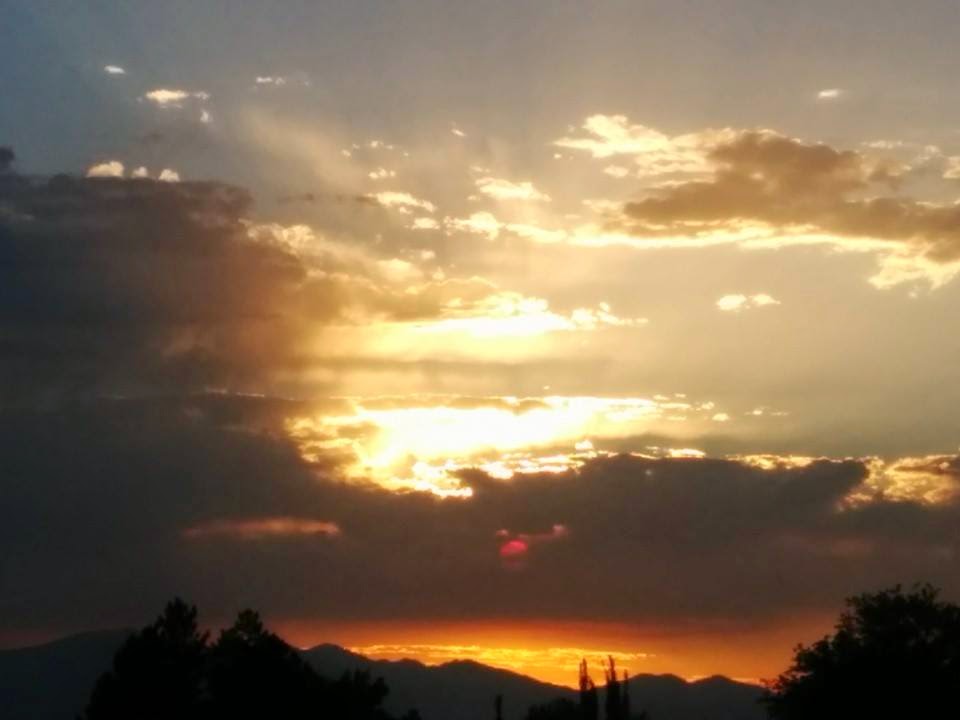 At one point, Trent took Angel and the twins for a potty break to the porta-potties at the other end of the field.  The little ones were noticing other kids who had light sticks and glow necklaces, and commented that they wanted some, too.  Right away, a lady who was walking in front of Trent whipped around and gave each of the little ones a glow bracelet.  So nice of her!  They were so happy.  But when they got to the porta-potties, first thing that happened was that Angel dropped hers into the pot.  Gross!

So when someone tells you that seeing the light at the end of the tunnel is a good thing, it might not always be the case.  At least she made it easier for other people to see what they were doing in there.
at July 08, 2014