What a week!  We started off with Matthew and Timothy getting their gis (karate uniform thingie) for taekwondo.  They are so excited about having them!  Matthew has been excited about learning a martial art, but less than excited to have practice three times a week at 7 am.  To be honest, his mother is not fond of the early morning, either.  But something finally clicked for him, and he has been loving it. I'm even liking doing the forms (never thought I'd say I liked taekwondo), which are choregraphed turns, punches, and kicks.  Not fond of the sparring, though.  You know me.  Not a fighter. 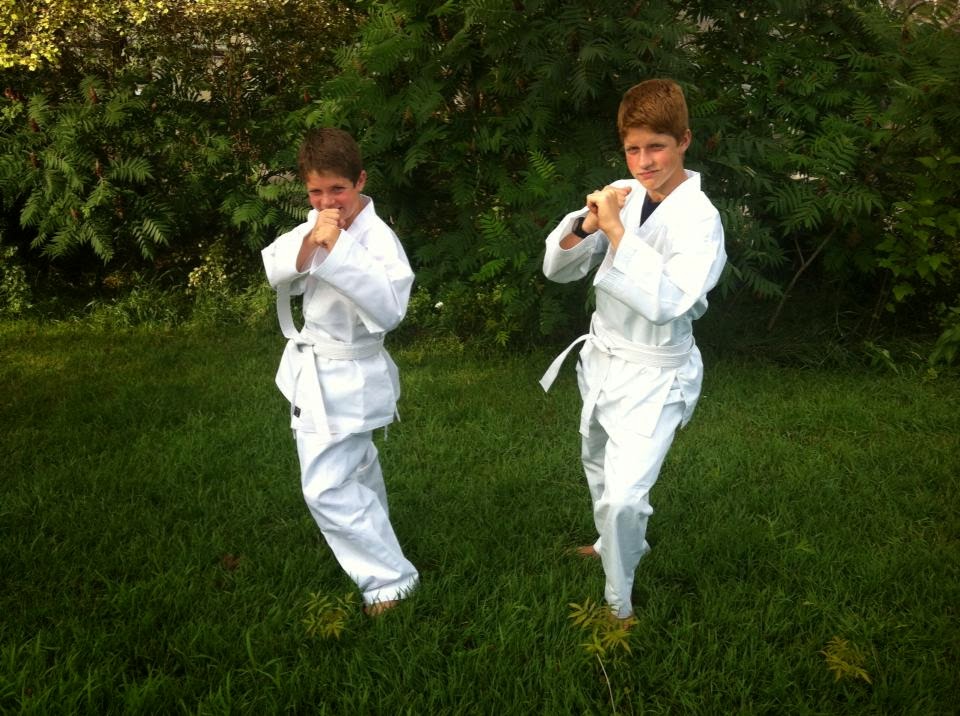 Oh, and I gave haircuts yesterday.  Shaved the twins and lopped off Angel's hair.  It's very cute short.  She begged for a long time for a shorter hairstyle, but Ben begged equally hard to keep it long.  So as soon as he left, we pulled out the scissors.  It will grown back in the next two years, I'm sure.    She loves it short, and that's an understatement.  She especially loves that there aren't as many knots.
at July 14, 2014