How to Set Dishes on the Counter

During the day, it's my job to do the dishes.  The older boys are all at school or at work, and I'm home with the three little ones.  If the dishes are going to get done, it's up to me.  Some days I just let the breakfast, lunch, then snack dishes pile up on the counter, knowing that whoever is on for dinner dishes will take care of them.  Some days are not conducive to dishes-doing. 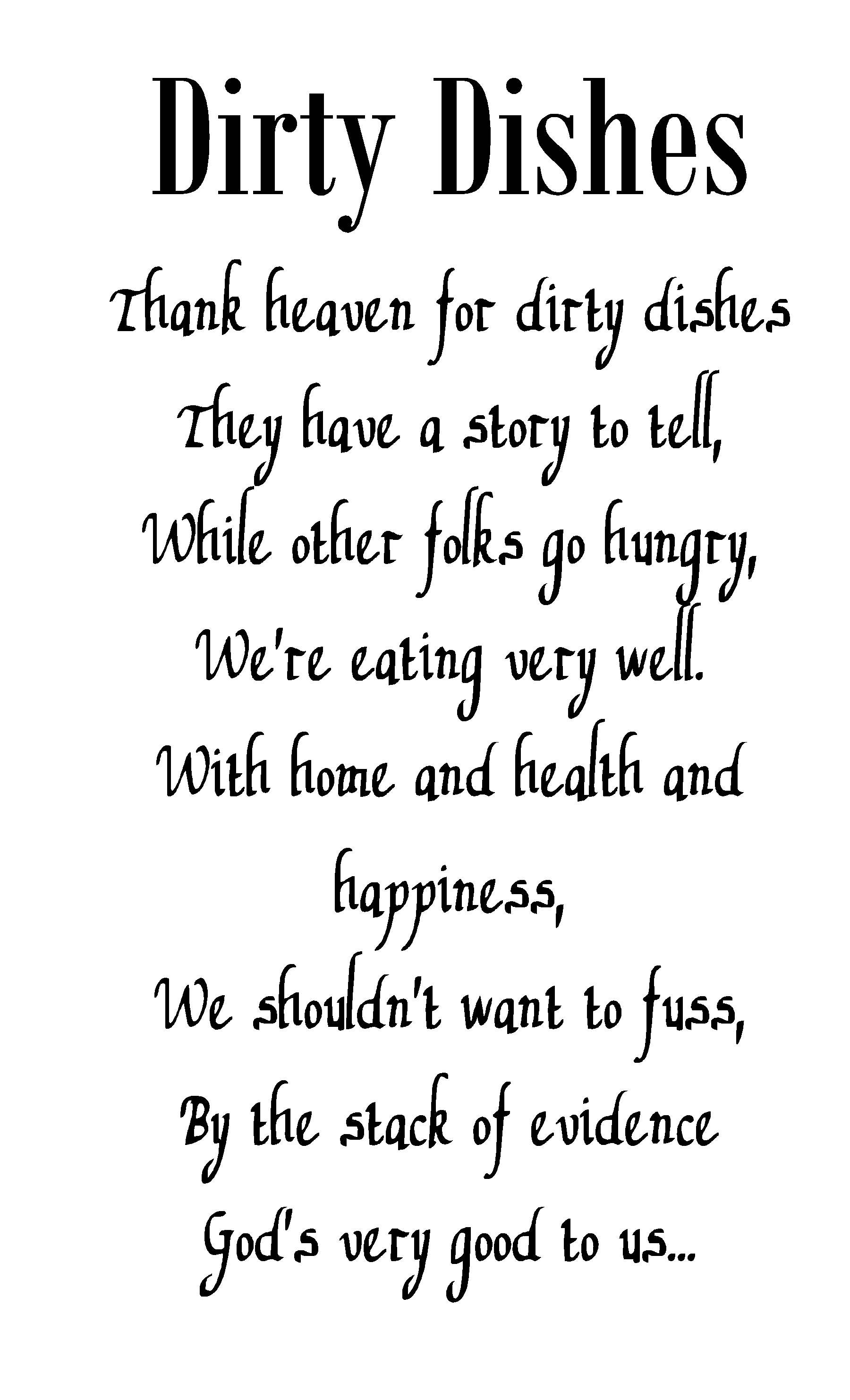 But most days, I like to get the breakfast dishes going and smile happily at my clean kitchen.  It doesn't stay that way, so I have to smile quickly.  If the dishwasher is full, I like to run it immediately because 1) the dishes get cleaner if they don't sit in their gunk for a long time; 2) then the dishwasher can be unloaded and ready for more dishes; and 3) because Trent and I have differing opinions on the proper way to load a dishwasher and if I get it run and emptied he will never know.  We make allowances for each other like that.  Unknowingly.

Angel has become a good little helper for me, and thinks it is fun to unload a dishwasher.  We want to encourage that delirium.  She takes out the utensils and piles them in an orderly-to-a-five-year-old assemblage in the silverware drawer.  She carefully stacks plates and bowls on the counter, waiting for a person of greater height to place them on the shelves.  Then she dances like crazy about the kitchen, narrowly missing several collisions with the cupboards, gleefully proud of herself.

If the dishwasher is empty, then I can, with a clean conscience, ask the boys to load their own dishes from after-school snacks.  And the counters stay clean!  In theory.  And during the week.  All the order in the universe shifts on the weekends.

I walked into the kitchen late Saturday afternoon to see that, while the dishwasher was running, someone had made a peanut butter sandwich.  Instead of opening the quietly sloshing dishwasher and adding the peanut buttery knife to the already-in-progress load, that someone had placed the knife on the counter to the right of the sink.  I'm ok with that. But later, someone had made a ham and cheese sandwich, and neatly placed the mayonnaise knife and the cheese slicer next to the peanut buttery knife.  Lined up like a dozen tin soldiers were a butter-and-toast-crumb knife, a spoon from an illicit ice cream robbery and three of his guilty friends, a pickle fork, a fork from leftover spaghetti, another butter-and-toast-crumb knife, and a spoon from hot chocolate happily making a miniature hot chocolate pool on the counter.  After this police lineup were a few plates and bowls and cups, each needing to have it's very own space on the counter.  No sharing or stacking for me, thankyouverymuch.  I was amazed at how the parade extended past the sink area, past the dishwasher, and extended all the way down the counter before making a neat turn toward the stove.

Memo to children and others living in this domicile:  If you are going to go through all the trouble to place each utensil exactly parallel and equidistant to the one previous, and line all the dishes up in perfect marching band formation, at least play some Sousa while you do it!

Or maybe just stack the dishes?