Not even going to apologize for bad pictures of the average costumes on the greatest people I'd love to stay with forever! 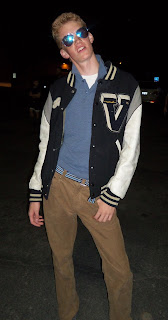 Ben was a "greaser" with his father's letterman's jacket.  (I took this picture when he dressed up for his "80's" choir concert, but his Halloween ensemble was similar - but with rolled-up jeans and a white t-shirt.) 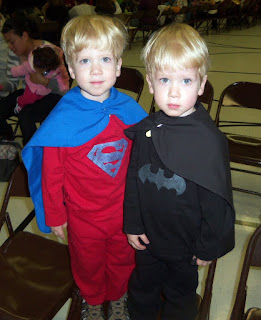 Superman and Batman - we painted the logos on sweats that will keep them warm through the winter.  They didn't like the capes at first, but submitted after a while. 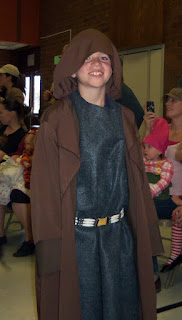 This is Eddie, the wizard.  He took an old ball-style light fixture to use as a crystal ball. 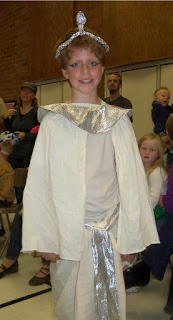 David's 6th grade class was studying Egypt, so they had to dress up as something related.  The black eyeliner was his idea, not mine.  He's a good sport! 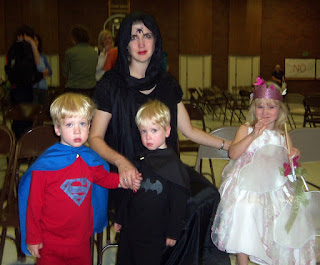 Yeah, I'm the black widow.  The twins were a little wierded out by the plastic spider I stuck on my forehead, but all Angel would comment on was my red-painted nails.  She was an angel-butterfly-princess, because she couldn't decide between the three. 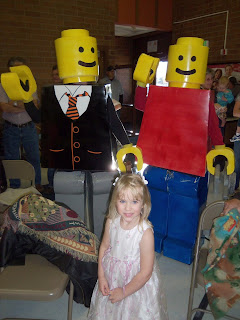 Angel wanted her picture taken with some friends at the elementary school costume parade.  These were the best costumes I saw, but I wish I had seen the ones my sister-in-law told me about: a guy dressed "gangnam style," dancing perfectly, with another guy in black mimicking his every move - his shadow!

I didn't get pictures of the superman shirt Trent wore, or the green velvet cape Chris sported to school.  My bad.  I wonder what Alec wore at college?

I don't remember my first Halloween at college, but I know what I did for the second year.  I stuffed small pillows into the belly of a roomy jumper I had, and stuck a ball of yarn and some knitting in one of the pockets.  I made applesauce (really!) and "trick-or-treated" by going around to friends' apartments and giving out warm bottles of applesauce.  Barefoot, pregnant, knitting, and home-canning.  Somewhat domestic, no?